The house was old, dark, and unkempt. Iruka was sure it was haunted. Surely, the owner would have repainted and replaced the windows at some point if they were around. Ergo, there must be no one here and the best explanation Iruka had for the house to remain so spooky was that it was haunted.

“Go on Iruka,” Kotetsu ‘encouraged.’ “You’ll never win that unlimited ramen voucher from Ibiki if you don’t go past the front door and bring back proof.”

Curious eyes watched the teens from the second floor window. 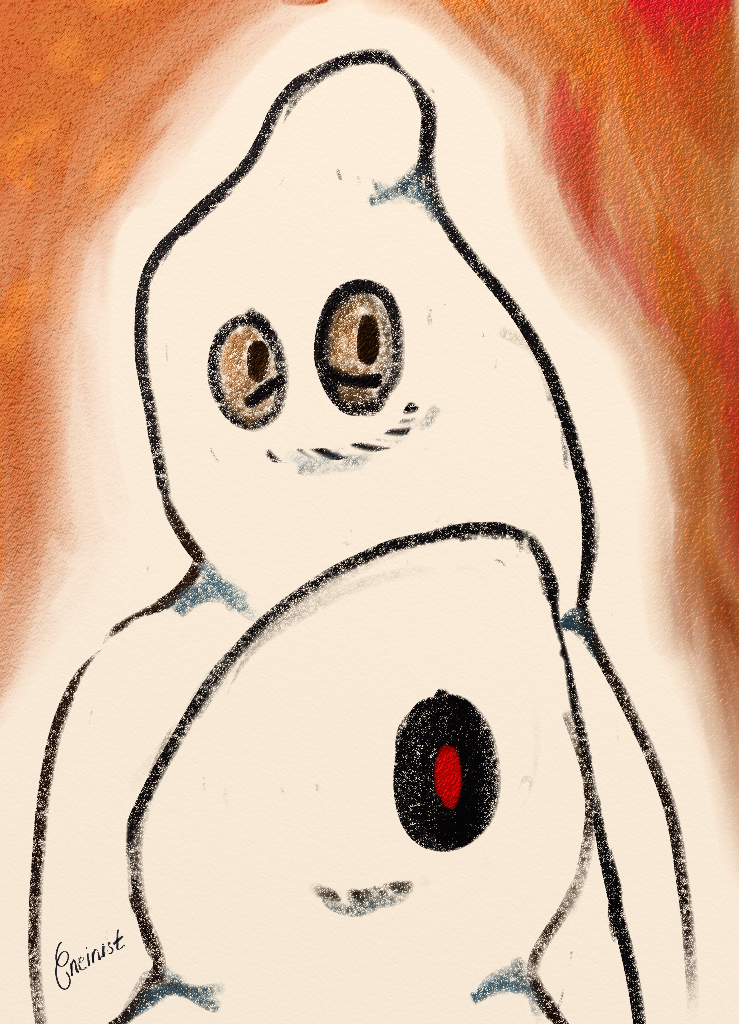 The trees behind the old Hatake place were the perfect setting: old, crooked branches, bare of leaves, and far enough from everything that the only light came from the full moon overhead. Even that light was often dimmed by the clouds passing in front of the moon and causing the trees to cast strangely moving shadows.

The boys moved slowly through the undergrowth, both to keep from tripping in the dark and because, though neither would admit it, they grew more anxious with every rustle and creak and groan—even those created by their own feet.

They took off running.

Kakashi kneels beside Iruka and clasps hands with him as the Elder wraps cord around their wrists and elbows. She says something in the language of old Uzushio, something that Iruka responds to, but that Kakashi doesn’t understand until after she starts circling them, chanting, sprinkling them with water; Iruka excitedly translates for him, as he had been the entire ceremony.

“The rope, that we may pull each other up when one goes under; the water to symbolize the rains of a fruitful union.”

He smiles at Iruka and waits for the Elder to finish this part of the ritual. 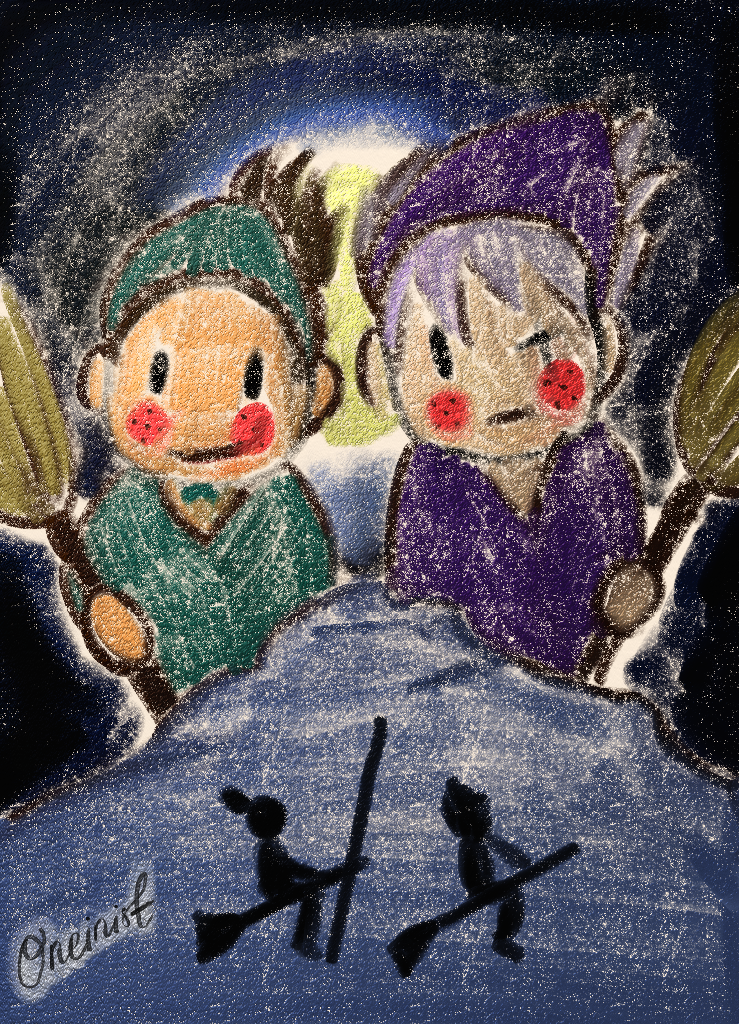 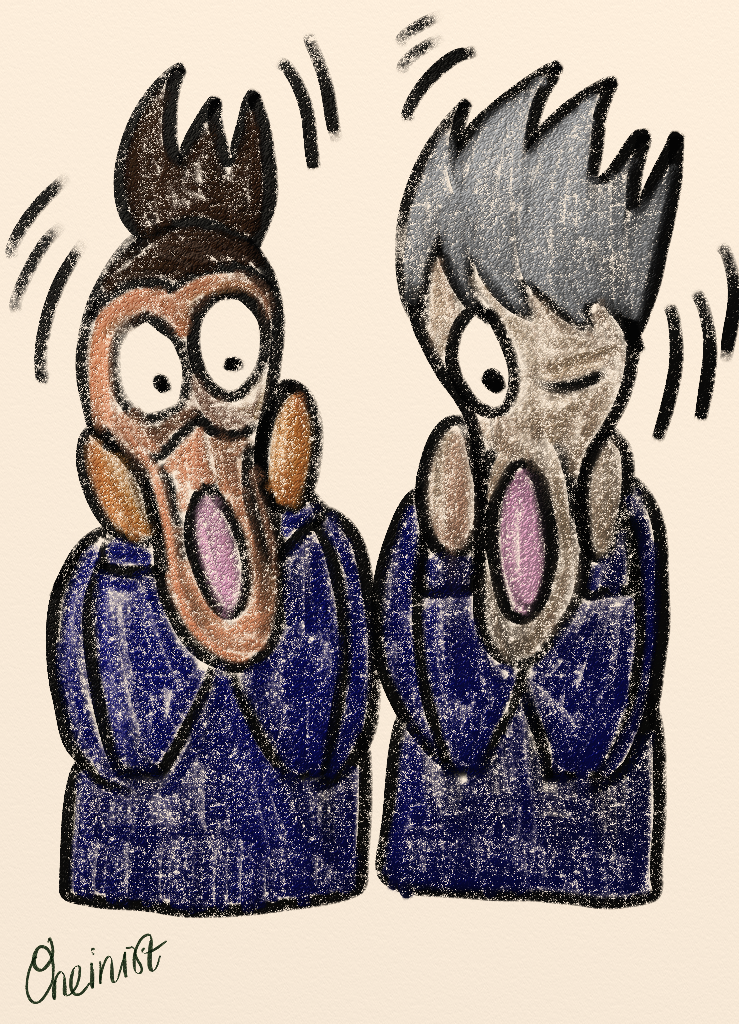 This was the warmest (hottest) October 31st that Kakashi could recall. Even though there weren’t many leaves left on the trees, nor birds to share their songs, the sun was beating down on the city of Konoha with unrelenting force.

"Ice cream?” Iruka asked from his place at Kakashi’s side, hand held firmly by his own.

Iruka tugged him toward The Screamery.

Twenty minutes later, Kakashi was sitting under the dubious shade of a tree in the park. Iruka sat cross-legged across from him while he consumed his much-too-sweet pumpkin pie ice cream cone. 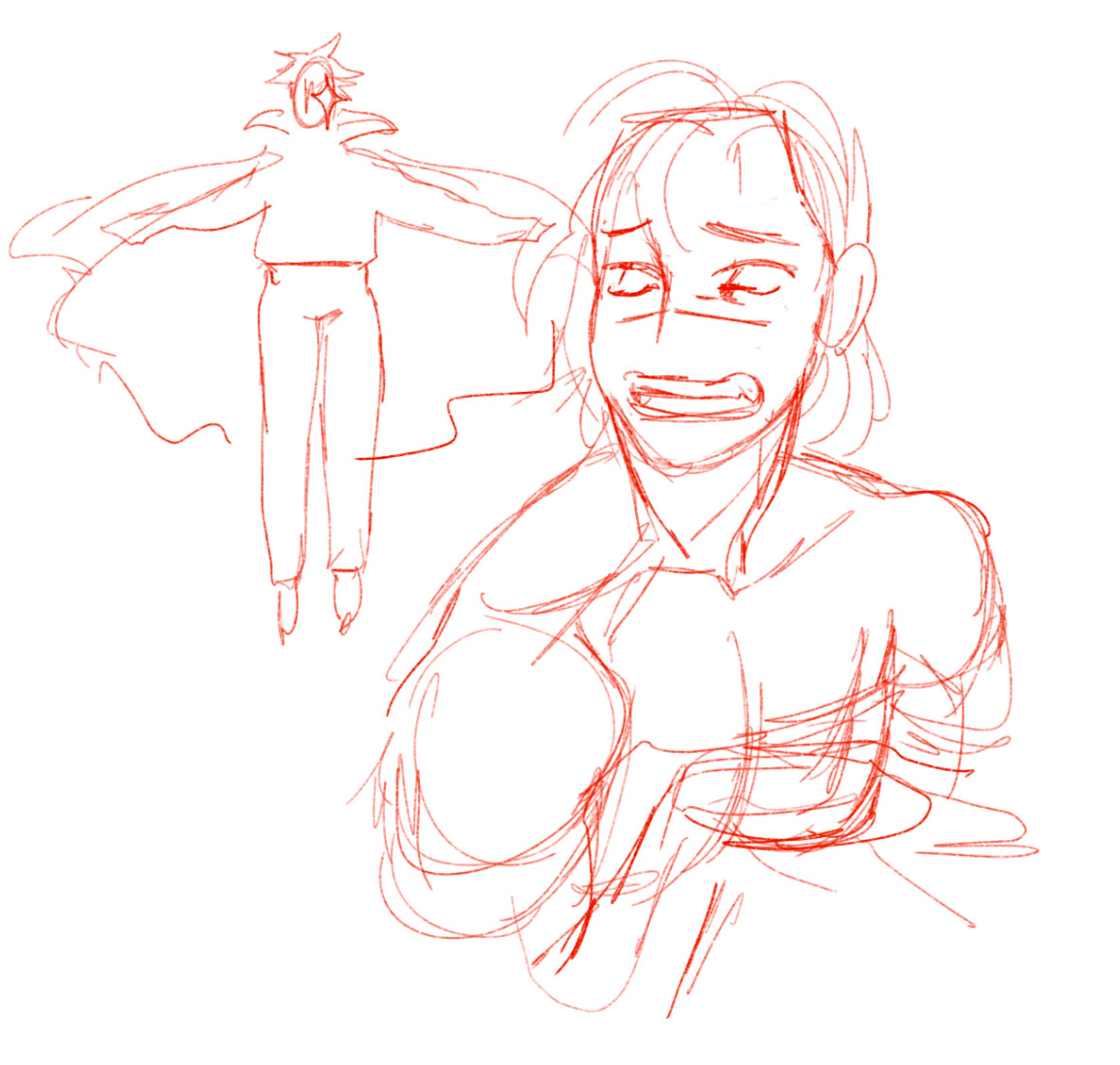 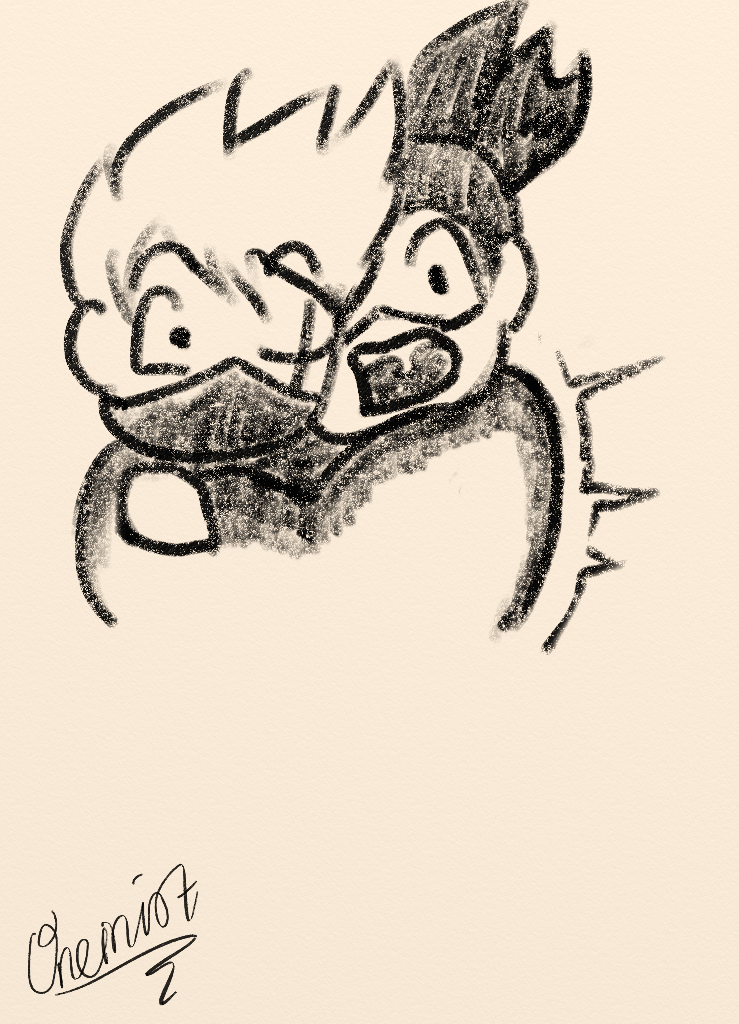 Kakashi sits at Iruka’s bedside, head pillowed on folded arms and studying his sleeping breath while he listens to the consistent beeping of the various monitors Iruka is hooked up to. The medics tell him that there’s no guarantee he’ll even wake up, let alone walk again, not with how much blood he lost nor how close the fūma shuriken came to his spine.

He can only ever remember being so scared in his life a handful of times before this, and each time he’s lost someone precious to him. Gods, please, he can’t lose Iruka, too…

Iruka slipped brazenly through the front door—Kotetsu and Izumo could still see him, after all. Past the front door, however, was a different story. Iruka froze. It was darker in here than expected. Very little light from either moon or streetlights made it through the dirt-coated windows.

“Just a mouse,” he told himself, and jumped again at the sound of his own voice! He rolled his eyes and vowed never to tell anyone. They would ask, of course, but he was sure he could spin a more heroic sounding story… 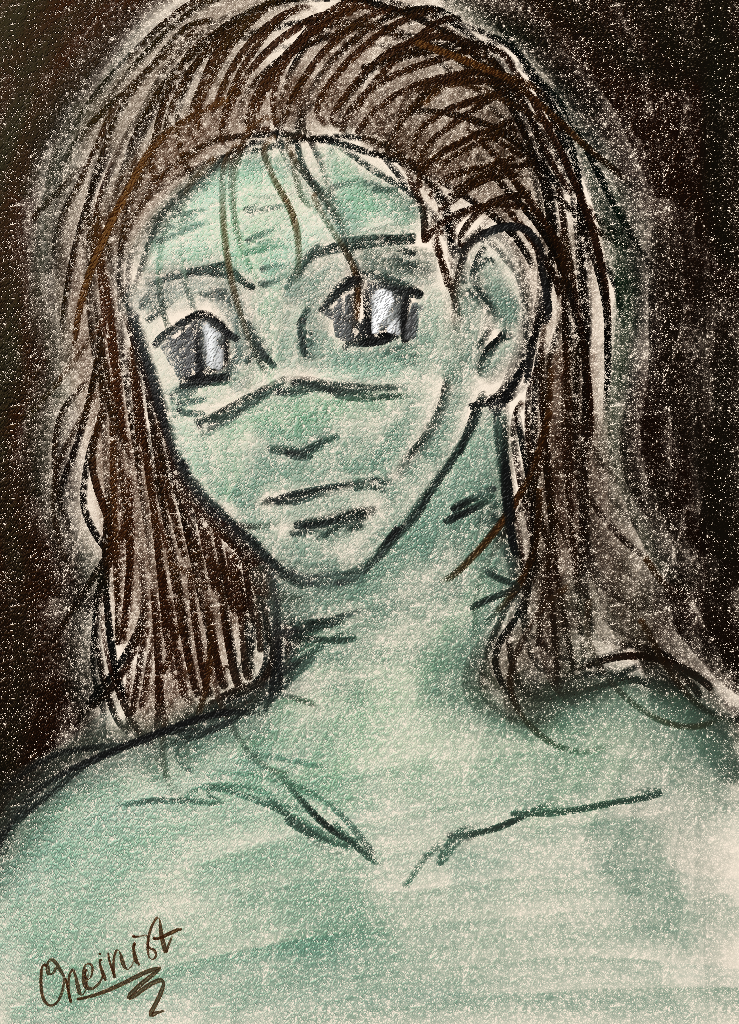 Kakashi chuckles and wraps his arm around Iruka’s shoulders, “Are you scared?”

“It’s not as though we’re going to come up against a poltergeist or zombies. It’s almost like a vacation, just with some deathly overtones.”

Iruka hums and says, “Ghouls are traditionally graverobbers, so if it’s anything supernatural, I suppose it would be—”

“Iruka. Love of my life. I was kidding.”

“What if… it’s something interesting?”

“You say interesting I say outside my paygrade.”

Kakashi kisses his temple and hugs him closer. “Then I’ll protect you.”

The campfire was burning nicely, and Iruka settled on one of the tree stump seats scattered around it. His students occupied most of the others. He breathed in the smell of dry leaves, sugar, and smoke while he settled. This was his favourite part of the annual fall camping trip.

Slowly the chattering voices dropped off. Some were younger siblings of former students who had heard stories about the first right around the fire. They had gone quiet and attentive almost immediately after he sat down.

“Have you ever heard the story…”

Iruka proceeded to scare the pants off them.

i want to eat this texture i love it 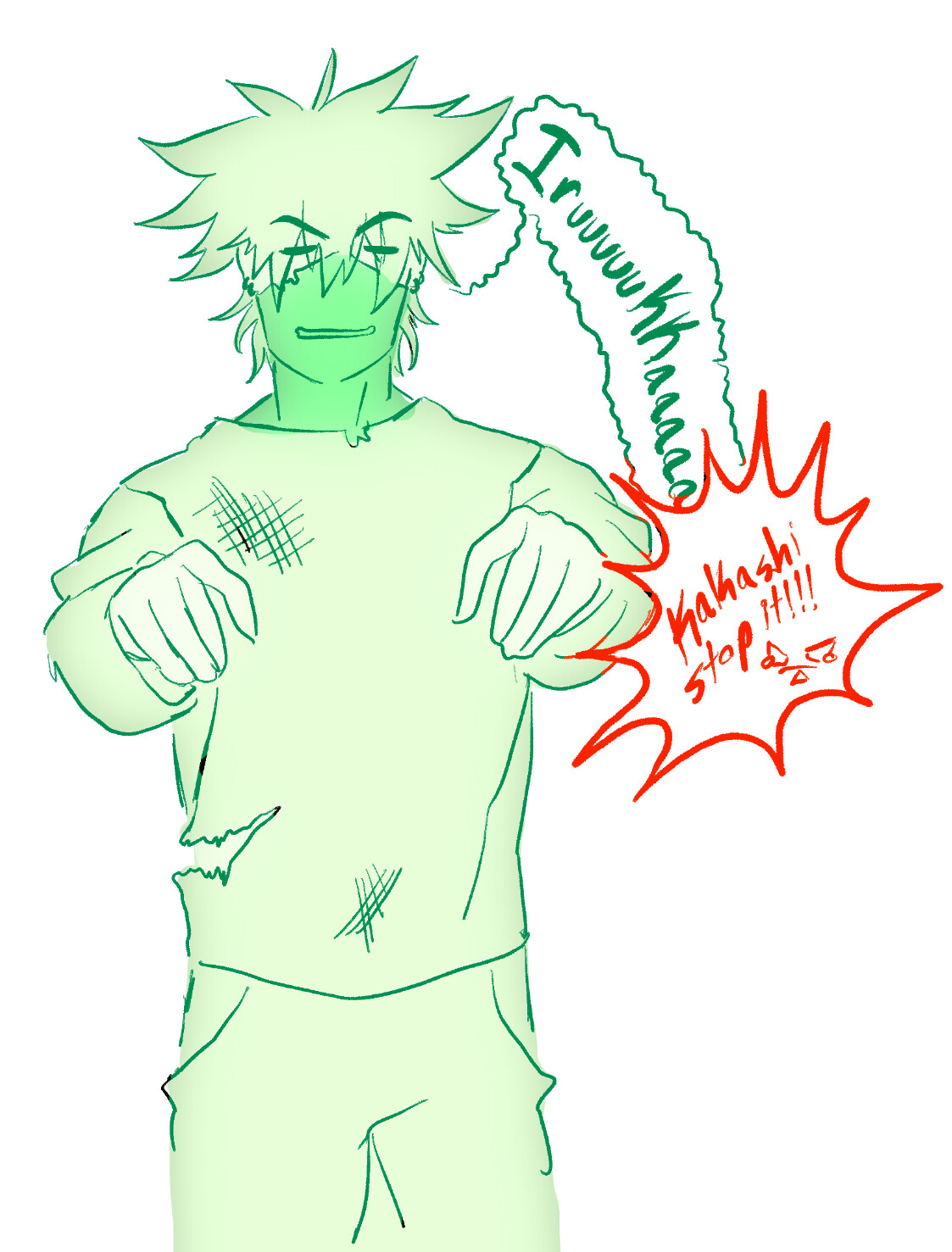 Iruka frowns and crosses his arms. “I’ll have you know, I do actually know my way around a kitchen well enough to make at least some things.”

Kakashi sighs. “Alright, but the last time you tried to make dinner you burned the rice. It’s a machine that does all the work for you, I’m still baffled as to how you managed it.”

He flushes and scowls, scuffing his feet on the floor. He murmurs something under his breath, and Kakashi groans and asks him to repeat it.

“I can make pumpkin pie!”

“It’s the most wonderful time of the year…”

There was only one reason Iruka would be belting that out in October. If he approached silently enough, perhaps he could steal a taste and rile up Iruka!

Kakashi slipped silently along the wall from the genkan to the kitchen—Iruka was probably sitting at the table enjoying his treat. He shunshinned past the doorway so he could grab a quick glimpse of the room, then he hopped up and flattened himself against the ceiling.

The instant before he let go, Iruka covered his pie, looked up, and grinned.