Who would get scared on rollercoasters?

I can’t vote. I think shinobi would find rollercoasters a bit funny. They probably laugh at civilians (behind their hands) who find them nerve-wracking.

Interesting view, and I can see that, now that I think about it! I was just going to say I could picture them screaming just for fun, because they can, but then I just had an image of a rollercoaster full of shinobi who aren’t screaming, because they’re not scared or anything, and the ride operator being like “??? Hello? You guys alright up there?” since there’s at least one screamer on every ride, but now it’s just so silent, like no one’s on the ride at all XD

I also imagine the opposite, and that some shinobi, perhaps mostly those who are constantly on dangerous missions, might actually get a bit nervous or uncomfortable, not because of a fear of heights or anything like that, but because of the fact that they have to be strapped in & don’t have full movement.

Like, they’re trained to be able to move at a moment’s notice, but they can’t leap away in an instant or anything if they’re locked into a rollercoaster, and they don’t like having limited movement and control; so their instincts might be telling them that it’s not safe, that they’re trapped & need to leave, even though everything is fine

Now I’m picturing them disabling the safety restraints and just sticking themselves with chakra.

You inspired me to do a thing XD

Edit: I didn’t realise how small the text was, so I’ve put the dialogue below 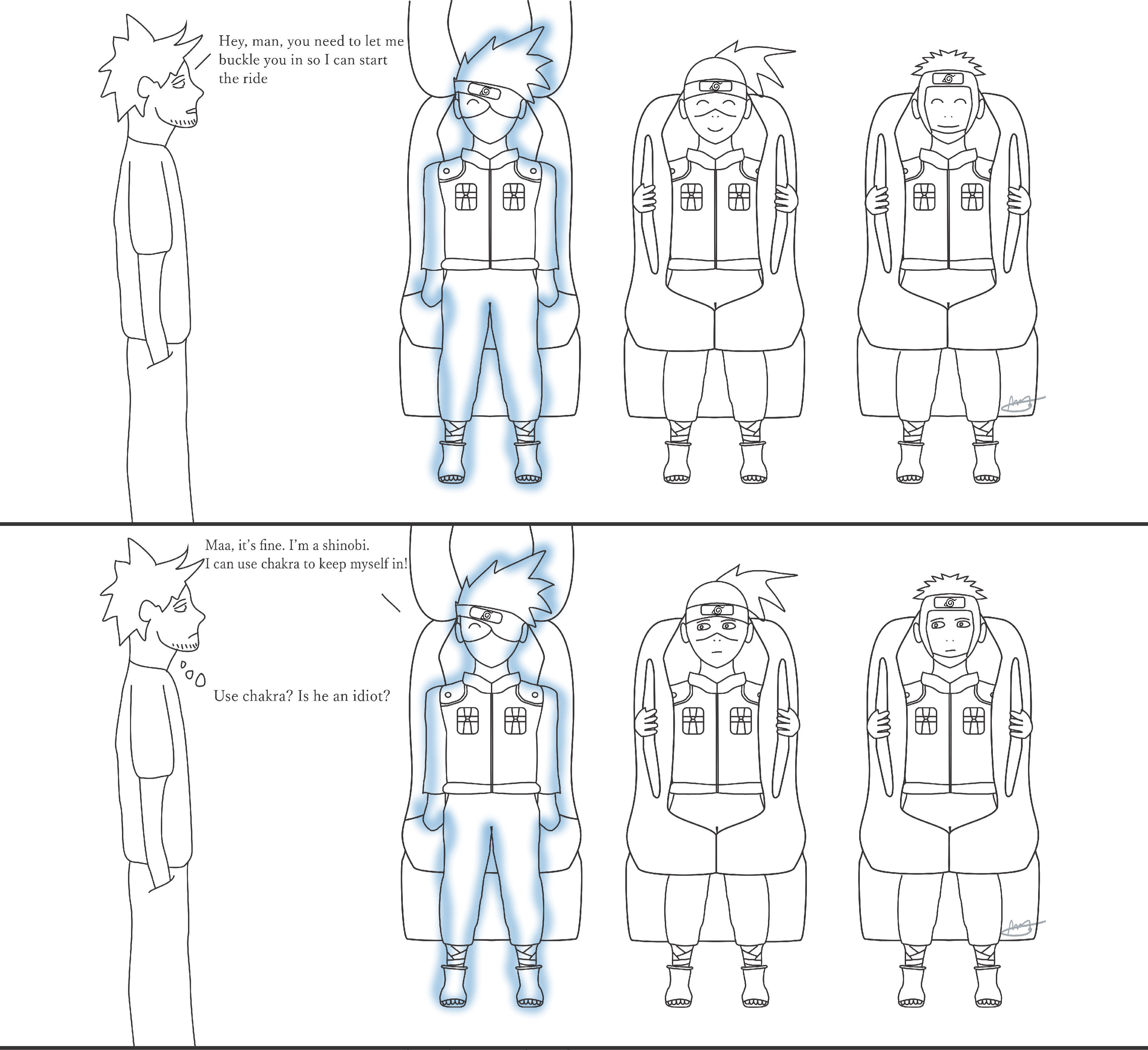 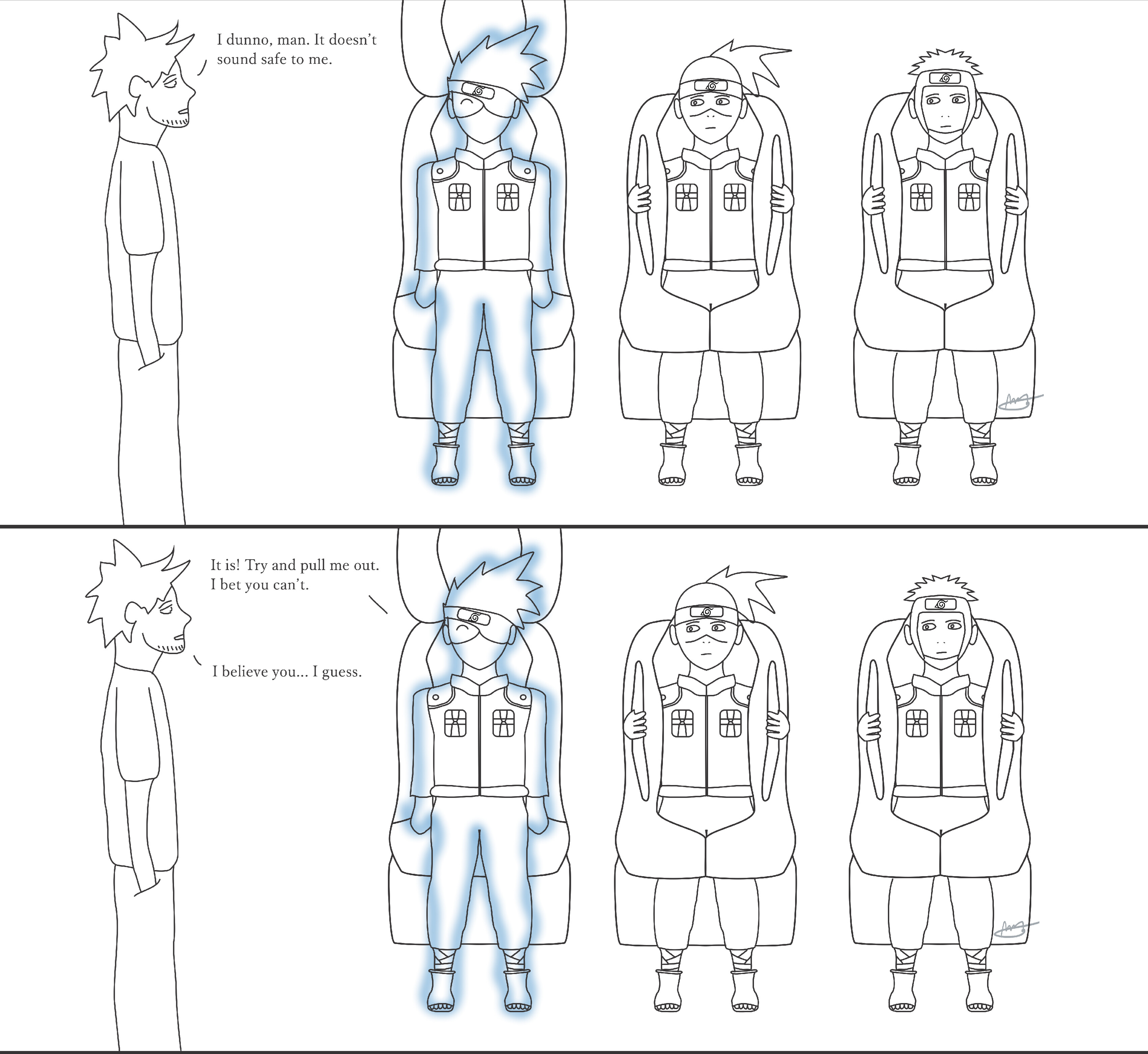 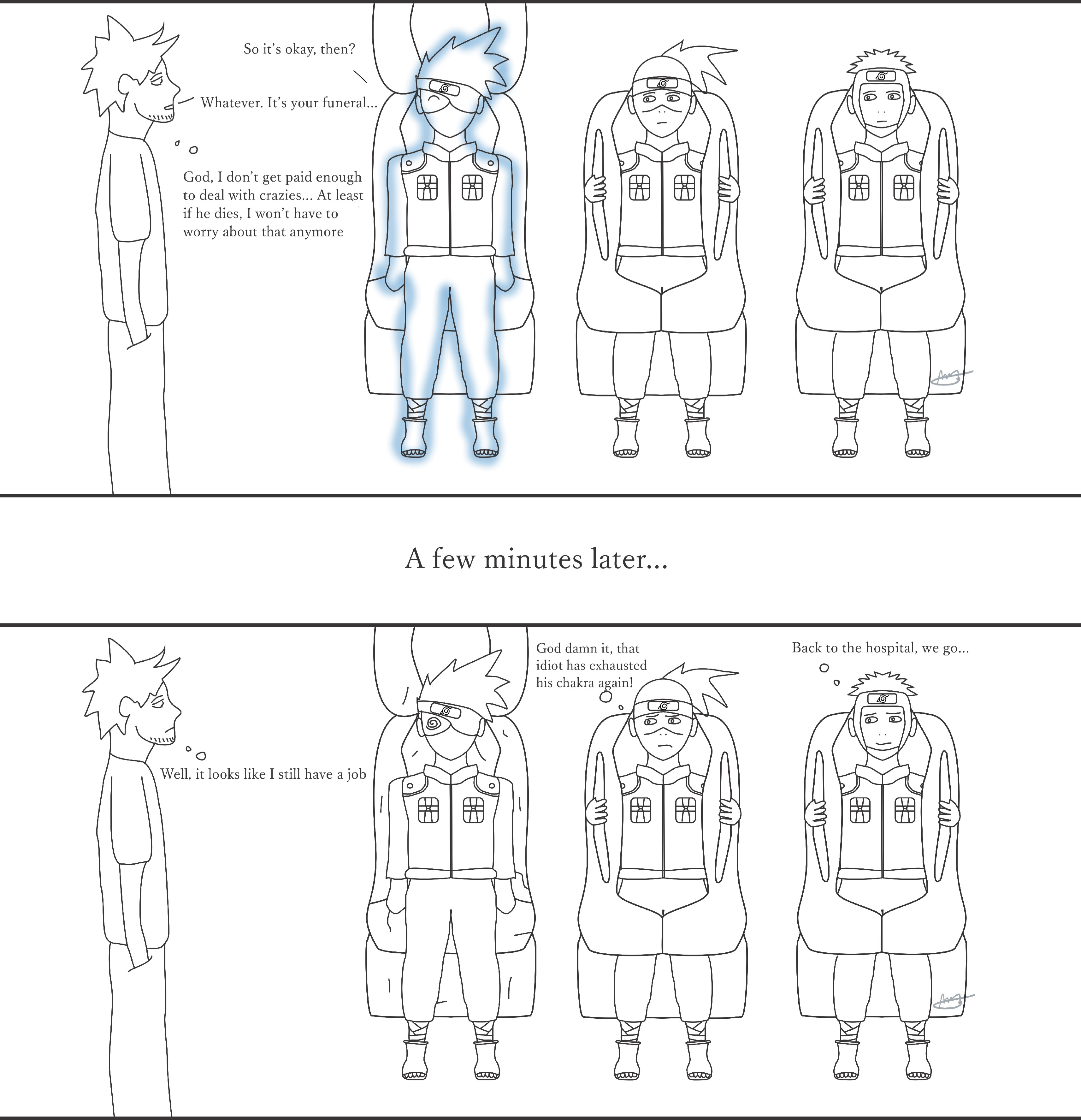 Panel 1:
Operator: Hey man, you need to let me buckle you in so I can start the ride

Panel 2:
Kakashi: Maa, it’s fine. I’m a shinobi. I can use chakra to keep myself in!
Operator: Use chakra? Is he an idiot?

Panel 3:
Operator: I dunno, man. It doesn’t sound safe to me.

Panel 5:
Kakashi: So it’s okay, then?
Operator: Whatever. It’s your funeral…
Operator: God, I don’t get paid enough to deal with crazies… At least if he dies, I won’t have to worry about that anymore

Panel 6:
Operator: Well, it looks like I still have a job
Iruka: God damn it, that idiot has exhausted his chakra again!
Yamato: Back to the hospital, we go…